Do they celebrate Christmas in Japan? Are shops and restaurants open on Christmas Day? These are simple questions when you travel to Japan during Christmas and New Year’s holiday.

Yes, they celebrate Christmas, however, it is different to the way Australians celebrate Christmas. It coexists with various religions such as Buddhism, Shinto and Christianity in Japan. Nonetheless, many Japanese are irreligious. People pick a religious event as a way to bring culture, convention or custom into their lives. Celebrating Christmas is also becoming one of our cultural events, rather than a religious event, in Japan. 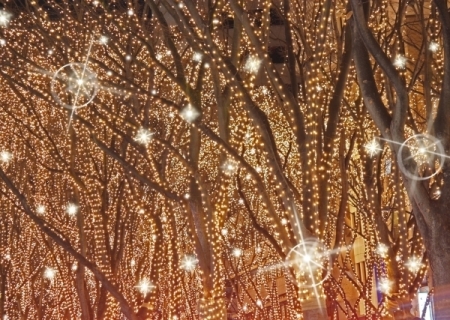 Christmas Day and Boxing Day are not holidays in Japan. Shops and restaurants are open for business as usual on these days. Families do not gather for the Christmas meal. Families get together and celebrate New Year’s Day in tradition. People spend Christmas with couples, friends and families with small children. Couples may go on a romantic date to see the winter and Christmas illuminations, holding hands with each other and have a lovely dinner at a restaurant or at home. Friends and families may have a party with KFC fried chicken and pretty strawberry shortcake (or a fancy cake they call “Christmas Cake”)! 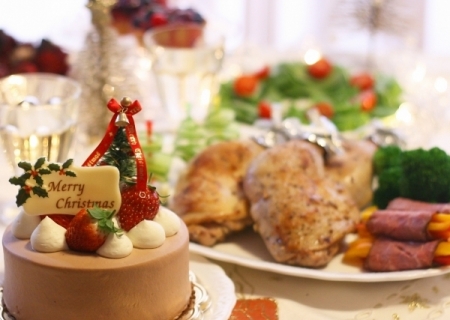 Why has KFC on Christmas Eve/Day become standard in Japan?

According to KFC Japan, it started as a Christmas campaign by them, “Christmas with KFC” in December, 1974. They were inspired by a foreigner who went to a KFC store in Aoyama, Tokyo to buy chicken instead of Christmas turkey, because he couldn’t find a turkey in Japan. Then, KFC produced the family pack of fried chicken, salad and ice cream all in one huge bucket. It became popular and standard at Christmas time in Japan.

In the middle of the 1960’s, western style dining and Christmas decorations had taken root in Japan and people started to enjoy the festive spirit. Then throughout 70’s, people’s lifestyle increasingly became westernised and people believed “western things are cool and fashionable!” (At the time the concept of “fast food” was still unrecognised in Japan so they might have believed that western people ate KFC at Christmas.) These thoughts and KFC Japan’s business strategy were perfectly matched and “Christmas with KFC” became one of odd seasonal events in Japan. 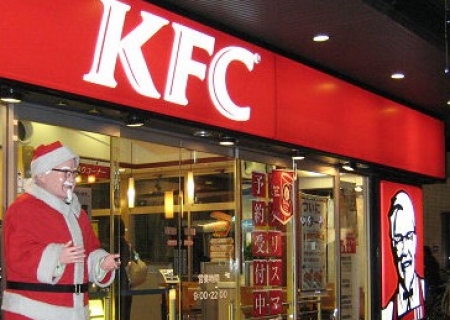 Christmas in Japan is more like a seasonal event such as a festival or commercial matter for many people rather than a sacred religious event as the celebration of the birth of Jesus Christ. No matter how you are going to spend Christmas in Japan, it will be a unique Christmas experience for you…