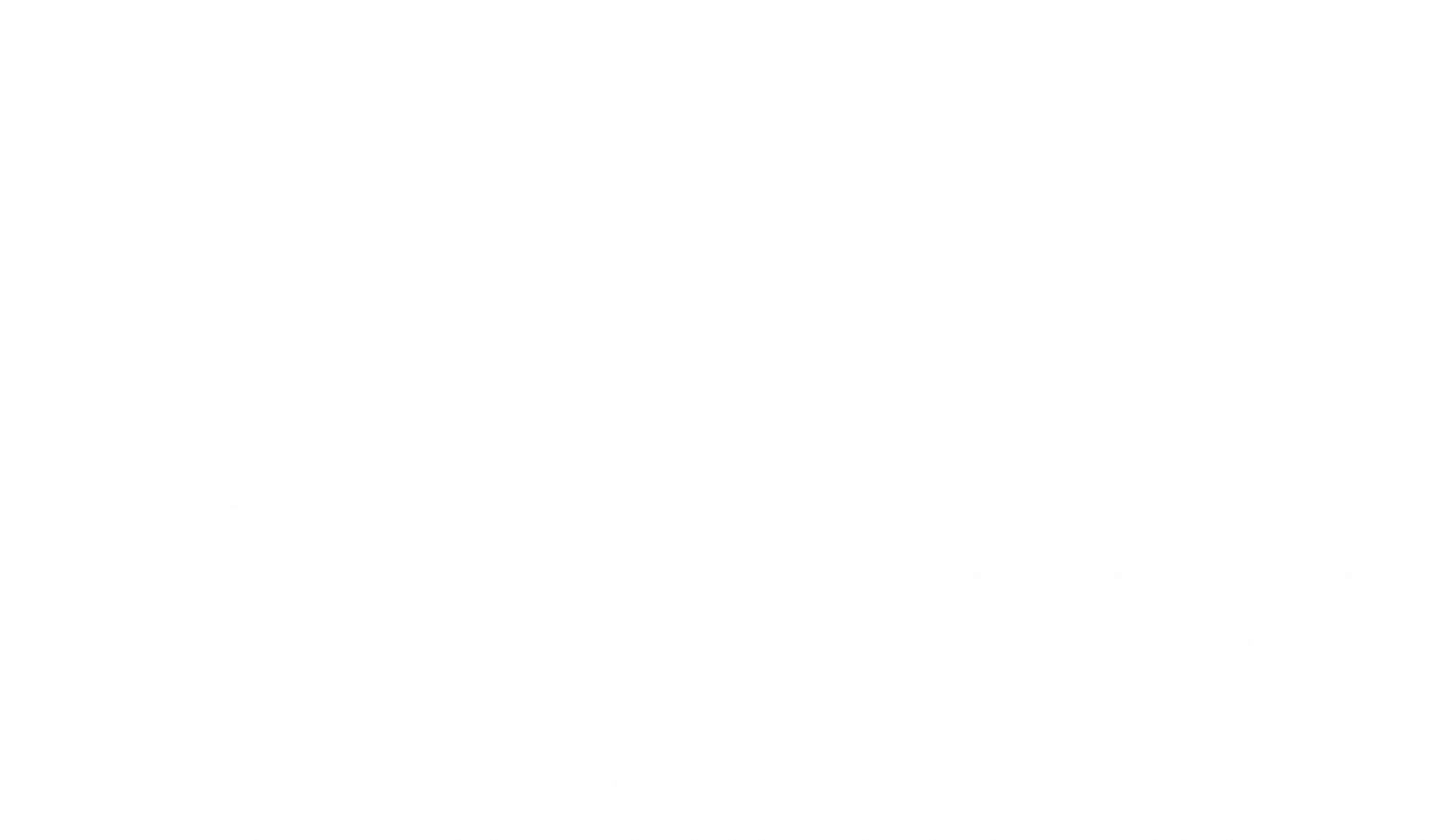 Do you know the “Three Great Views of Japan”

Matsushima is one of the Three Great Views of Japan along with Miyajima in Hiroshima and Amano-Hashidate in Kyoto. It’s also rated an impressive three stars in the Michelin Green Guide!

When you get off the train, the glorious scenery of the bay with the scattered islands jump out at you. It’s said that the number of the islands floating in the bay is 264.

Matsushima is located in Miyagi Prefecture. It takes only 30 minutes by train from Sendai, the largest city in Tohoku, which is only a 1.5 – 2-hour bullet train journey from Tokyo.  It’s not impossible to take a day trip to Matsushima from Tokyo, but it’d be great to spend some time in the Tohoku region to experience Japan’s natural beauty!

– Bay cruises: the ships cruise regularly in the bay and reach close to the famous and interesting shaped islands such as Nio-jima and Futago-jima. It’s lovely to see the iconic islands from a boat with feeling the fresh sea breeze. You can take a round cruise from the pier in Matsushima, or a cruise between Matsushima and Shiogama.

– There are four superb viewing spots in Matsushima collectively known as “Shidaikan”. They are individually known as Sokan (Otakamori), Reikan (Tomiyama), Ikan (Tamonzan) and Yukan (Ogidani). The four spots are located in the east, west, south and north of Matsushima Bay. Relish the magnificent views from different angles. These spots are not located near the main sightseeing areas. Sometimes, it will be better to see the majestic scenery from the distance. 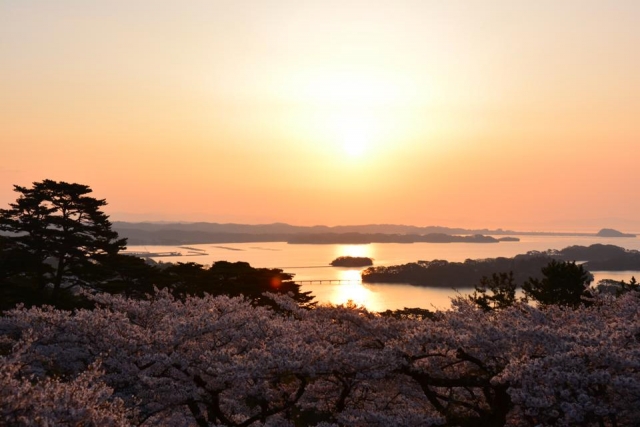 What else can you see in Matsushima?

Zuiganji Temple:
Originally established in 828, then changed its name to the current one in 1259. Zuiganji is the family temple of the Lord of Sendai, Date Masamune, and is designated as a national treasure.

Entsuuin Temple:
Next door to Zuiganji. Famous for its stunning Japanese garden (especially with the coloured leaves in autumn).

Godaido Hall:
Originally established as a part of current Zuiganji in 828. The current hall was built by Date Masamune in 1604 and is a National Important Cultural Property.

Kanran-tei Tea room:
“Kanran” means “to watch the ripples of the sea”. In 1592-96, it was moved to its current spot from Edo (current Tokyo) but it was originally a teahouse in Hideyoshi Toyotomi’s Fushimi-Momoyama Castle in Kyoto. Enjoy the superb view of the bay at this tranquil tea room while sipping on green tea. 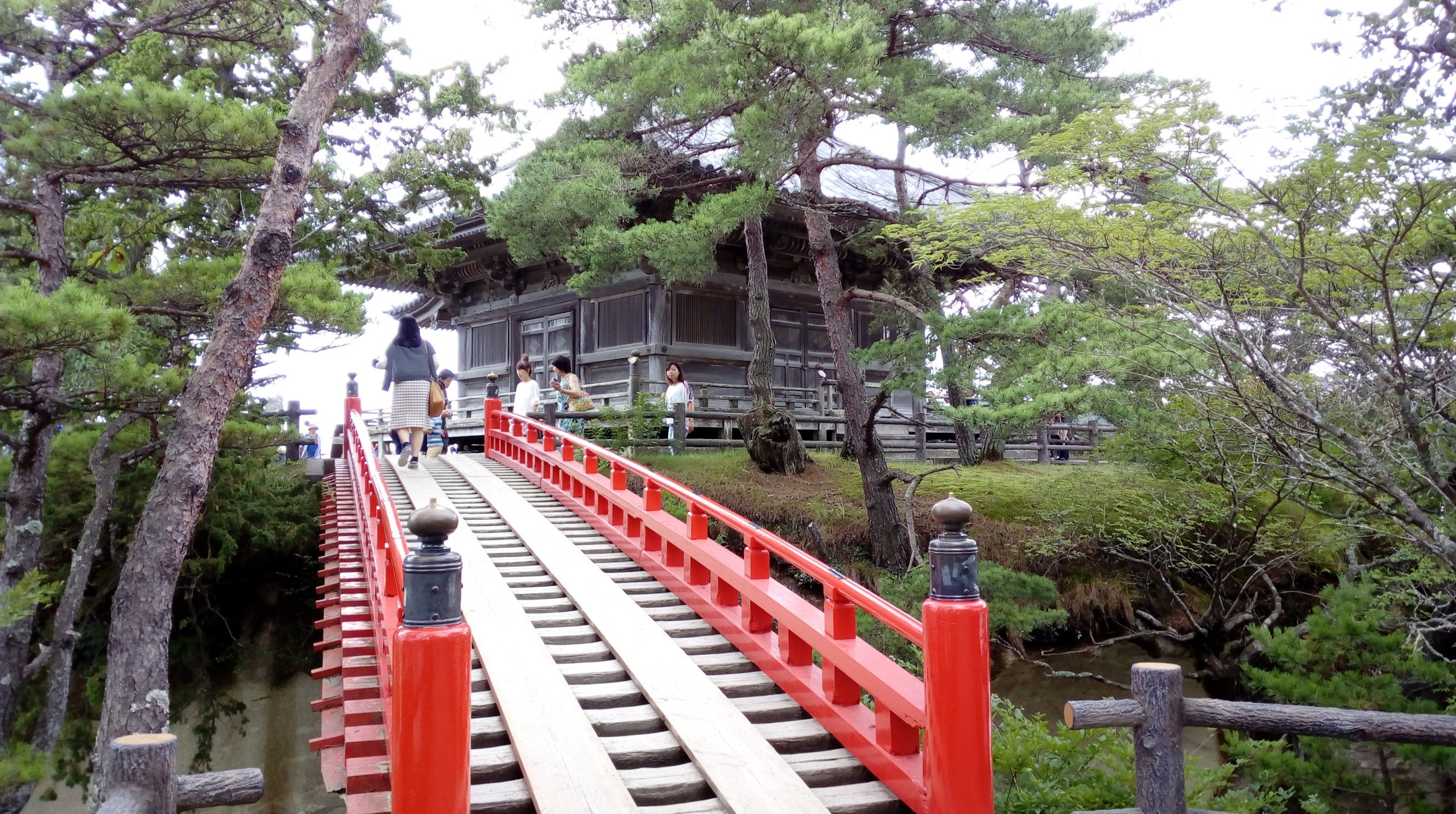 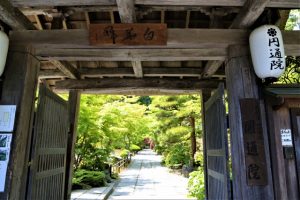 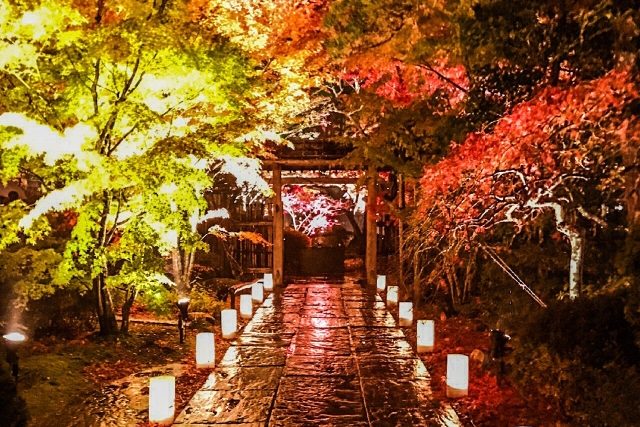 Oysters:
Matsushima’s oyster season is in winter (the best season is October – March). An “Oyster cruise” is one of the unique activities you can enjoy on which you’ll have an oyster hotpot while cruising in the bay! Or try a “Kaki-goya” experience. Kaki-goya can be translated as “oyster hut” (could be a fisherman’s hut!) which is like an oyster restaurant/bar/house (but it’s not a fancy like them!). It’s a very unique way to have oysters – you’ll sit at a table with a huge iron plate and a server will bring dozens of oysters in one scoop and wildly cook it over the iron plate!!! It’s sizzling hot so you need to wear a pair of gloves to eat the cooked oysters! It sounds a bit crazy, but it’s definitely fun!

Anago (sea eel):
The best season for anago is in June – September. It would be a good idea to add this your list and try anago tempura don!

Sasa-kamaboko:
Fish cakes shaped like a Veitch’s bamboo leaf. There are three sasa-kamaboko shops where you could have an experience to grill and eat at the shop. Enjoy the piping hot sasa-kama! 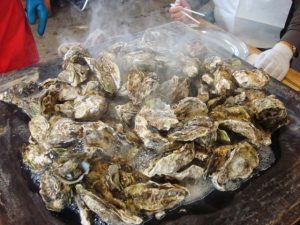 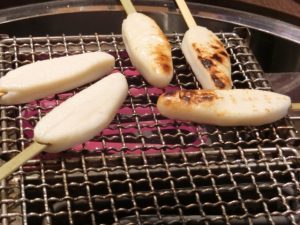 There are so many spectacular natural sceneries and rich histories in Tohoku. Why don’t you start your adventure of Tohoku from Matsushima!

Matsushima is included in our Undiscovered Japan Tohoku and Forgotten Japan self-guided tours. We can create a personalised itinerary for your trip to this history and nature rich glorious bay side town.