Travelling to Japan in December

“What should I do and where can I go in Japan in December?”

December is a vibrant time of year in Japan as the year comes to an end and people start preparing for the New Year. Shopping malls, streets, department stores and fish markets tend to become very busy with people who are preparing for a multitude of cultural activities such as “Oseibo” (sending gifts to relatives, bosses and friends with seasonal greetings) and “Osechi-ryori” (foods for the New Year’s holiday).
December sees the beginning of the winter chill and the climate is dry and cold nationwide – See temperatures and clothing

Early December
In Tokyo and the western areas of Japan, you may still be able to see the spectacular coloured autumn leaves. Many cities and towns across Japan are decorated with lights or winter illuminations for Christmas. Some of these decorations and illuminations remain until after New Year’s Day and some of them can still be seen in late March!!

Some famous winter illuminations in Japan are –

Marunouchi Illumination (Tokyo) – About 240 trees along the Marunouchi-Naka-dori Street, between Yurakucho and Otemachi, are illuminated by over 1 million LED lights. The illumination period for the 2015-16 season is November 12 – February 14.

Kobe Luminarie – This illumination was established in 1995 as a commemoration for the victims of the Great Hanshin-Awaji Earthquake. Initially planned as a once-off event to inject hope into the community, the illumination has been held every year since. Over 200,000 lights decorate the district of the Former Foreign Settlement of Kobe and Higashi Yuenchi Park. The illumination period for 2015 will be December 4 – 13.

Sendai Pageant of Starlight – The Kotodai Park and the 750 metre long Jozenji-dori Street are illuminated by more than 600,000 LED lights. From its pioneering inauguration in 1986, this event is now famous for its “boulevard of illuminated trees”. The illumination period this year is December 6 – 31. 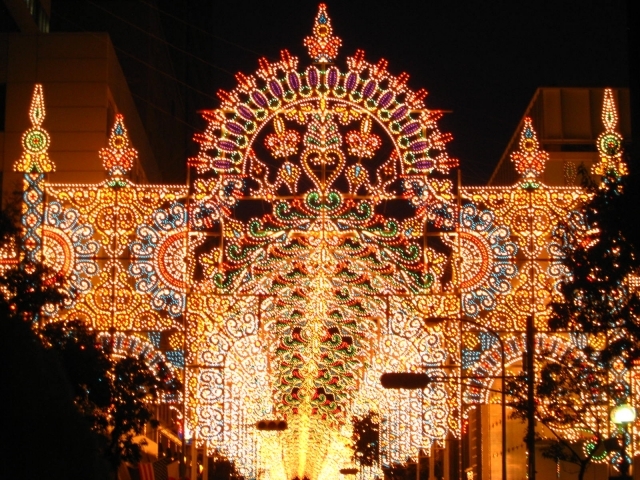 There are also many festivals during December, both big and small. The locals enjoy their cultural and traditional events in December!

Some local festivals you may want to experience are –

Chichibu Yomatsuri Festival (December 2 – 3, 2015) is one of Japan’s three parading float festivals and is held in Saitama (the other two are Gion Matsuri Festival in Kyoto and Takayama Matsuri Festival in Takayama). It has a history dating back more than 300 years and has been listed as a national significant intangible folk cultural asset.

Kasuga Wakamiya Onmatsuri Festival (December 15 – 18, 2015) – This festival originally started in 1136 to pray for the eradication of plague. Every year since, this festival has been held to pray for the productiveness of grain in the ancient city Nara. It is also designated as a national significant intangible folk cultural asset. 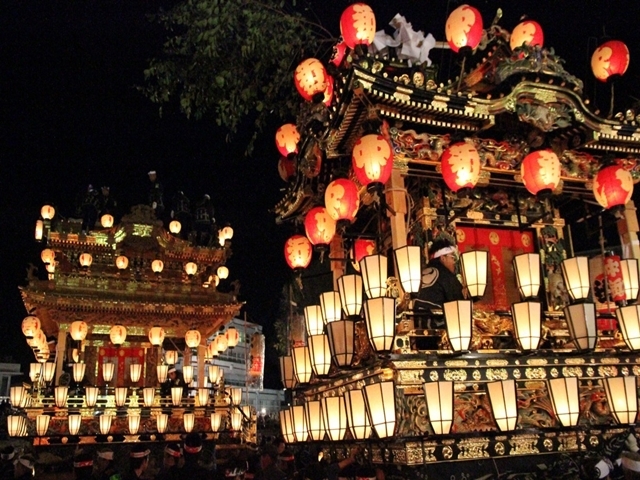 Mid-December
If you like skiing or snowboarding, you will be able to kick off your snow season in Japan. December’s snow would not yet be the powder snow that Japan is famous for, however, many snow resorts may be open in the middle of December (depending on the amount of snow cover.) 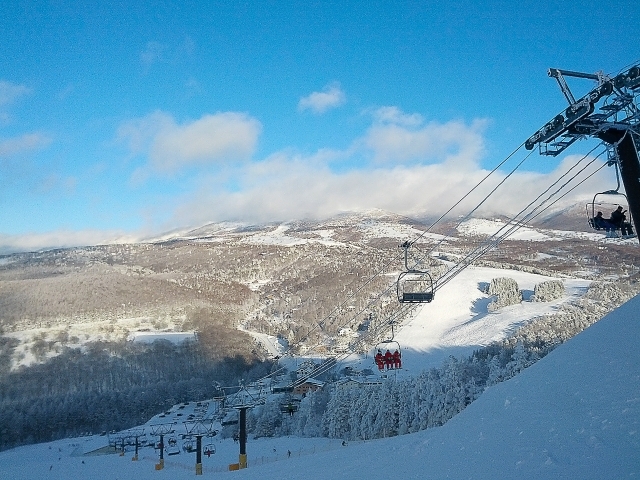 There are a few local markets in December that are held only once per year. They became annual events from the tradition of the Japanese shopping for foods and decorations in preparation for the New Year.

Some annual local markets may like to visit are –

Boro-Ichi Market – Over 700 street stalls selling items such as antiques, vintage clothes, food and more are lined up on the streets of Setagaya, Tokyo, on December 15 and 16 every year. Held continually for over 430 years this traditional market is designated an important intangible folk culture asset of Tokyo.

Hagoita-Ichi (Battledore Fair) – This market is held at Senso-ji Temple in Asakusa, Tokyo on December 17 – 19 every year. This market is famous for selling Hagoita. Hagoita (battledore) is originally a children’s toy and is used to play ‘hanetsuki’, a New Year’s game. In the Edo Period, a battledore was used to resemble a charm to dispel bad luck or diseases from the children. Sending a hagoita as a gift for celebrating new born girls has become a tradition for the Japanese. It has also became a lucky charm or ornament of New Year.

Late December
There is no Christmas or Boxing Day Holiday in Japan. Shops and restaurants are open for business as usual on these days.

Would you like to celebrate Christmas by seeing the romantic illuminations in Japan? How about the more recent tradition of eating KFC for Christmas dinner? This started as a Christmas campaign by KFC, “Christmas with KFC”. They were inspired by a foreigner who went to a KFC store to buy chicken instead of Christmas turkey, because he couldn’t find a turkey in Japan!! Then, KFC produced the family pack of fried chicken, salad and ice cream all in one huge bucket. It became popular at Christmas time in Japan. It doesn’t mean that Japanese people believe that western people eat KFC fried chicken at Christmas time!!!

After celebrating Christmas, New Year’s Day is just around corner. The Japanese tradition is to visit a temple on New Year’s Eve and to eat “Toshikoshi Soba” (buckwheat noodles).  You can welcome in the new year by listening to the toll of the temple bell as it solemnly rings out 108 times. When you are ready, make your way to a shrine to pray for a good year ahead!

This is how the Japanese spend late December. You don’t need to follow every tradition, (particularly eating “KFC for your Christmas dinner”!) but it is a chance to enjoy the festivities and feel the warmth and kindness of the Japanese people and the friendly, spiritual atmosphere of the New Year.